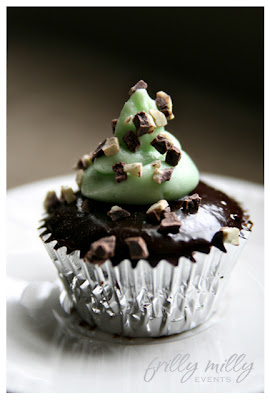 I actually created these cupcakes for my roommate's birthday, which happens to fall right before St. Patty's Day.  Her favorite flavor combination is chocolate and mint - which is a very fitting color combo for someone born so close to a green holiday! :)  I've been playing around with some ideas for cupcake fillings and flavor combinations, but this is the first one I've actually gotten to test out.  I'm calling this cupcake Triple Chocolate Molten Mint Madness. :)  I made a devil's food cupcake with a semi-sweet chocolate/mint ganache filling (a "molten lava" inside), let it cool a bit after baking and then dipped the top of each cupcake in a dark chocolate/mint ganache.  (I should note that I used very little mint in both the inner ganache as well as the topping since I wanted it to be just a slight hint of flavor and not overkill.  I love mint and chocolate, but mint is a flavor that can easily be ruined if overused.)  Once the ganache had set and was no longer sticky to the touch, I made a mint cream cheese icing that I used in just a small dollop (don't you love that word?! :)) on top of each cupcake.  For the finishing touch, I sprinkled each cupcake with some chopped Andes Mints and viola!  A chocolate mint lovers dream come true! 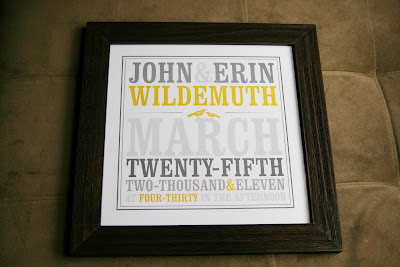 I've been working on invitations, menus, place-cards and chummies for a wedding rehearsal dinner taking place in California next week.  I have to admit, that's the stuff I love the most.  I'm just a sucker for anything printed on paper :).  I guess that means I chose the right career when I majored in graphic design!  I also made this sign with the couple's names, wedding date & time that coordinates with the colors/design of their wedding.  It's about 14x14 actual size and I just loved how it turned out.  For as much as I love paper, I love fonts even more!
Posted by Trish at 2:25 PM No comments: 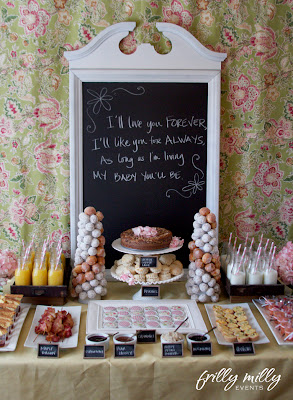 Last month I had the privilege of styling a baby shower for a dear friend of mine.  She was hosting it along with a few other girlfriends and they had already discussed having a brunch due to the mom-to-be's love of breakfast.  We talked about the gender of the baby (girl) and the mother's favorite color (pink) and the style she likes.  From there I went home and began brainstorming on what "theme" to give a brunch.

My grandparents were farmers and when I think about the BEST brunches (not necessarily the most beautiful, but certainly the most delicious!), I immediately think of good old-fashioned comfort food.  Grandmother's buttermilk biscuits, homemade preserves from her garden, the smell of thick bacon in her iron skillet...you get the idea :).  So...with that thought in mind, a Farmhouse Brunch it became!

There were a few items I knew I wanted.  The first was milk bottles.  I'm sure many of you have already discovered this, but the glass Starbucks frappuccino's that you buy at the grocery store look just like little milk bottles when the wrapper is removed.  Just my luck, the friend that was hosting the shower happened to work with a guy who drinks them on a regular basis and was happy to donate them to the party.  A good soak, scrub and dishwasher cycle and they were good to go!  The other item was not quite as easy to come by and was something I finally found sitting outside of a salvage shop.  It was a brown wooden mirror then, but for $25 it had great potential.  Two cans of white spray paint, one can of chalkboard paint and $6 later it was a chalkboard!  I will share pictures of that process in another (much less exciting) post.  For now, enjoy the pictures from the party!  I hope you like it! 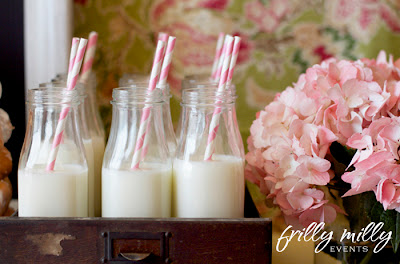 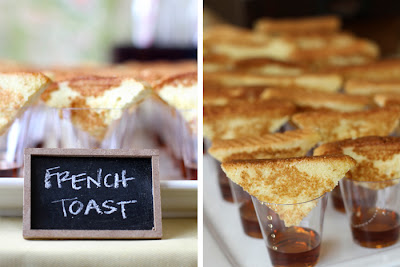 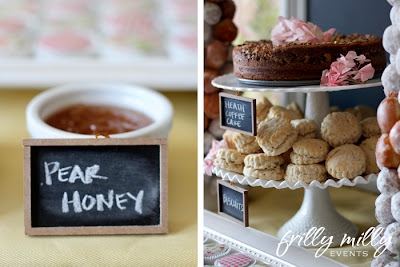 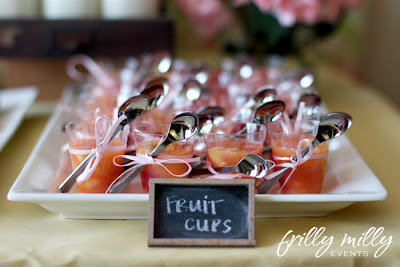 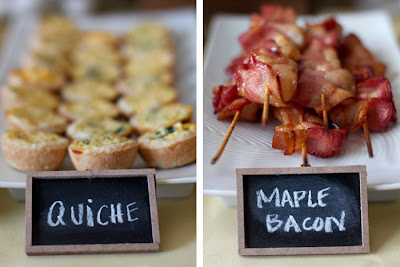 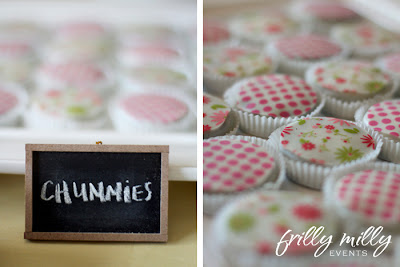 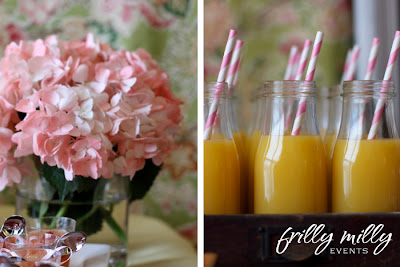 Due to the narrow "depth" of the room, we were never able to get a great wide-angle shot of the whole table without cutting something off.  So, here's one last picture of the full spread (I apologize for the "chopped top").  Would love to hear your feedback!  Thanks for stopping by! 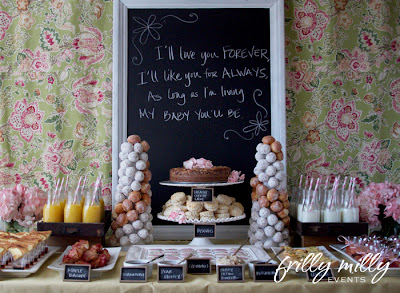 (images courtesy of Lauren Blair Photography)
Posted by Trish at 6:00 AM 27 comments: 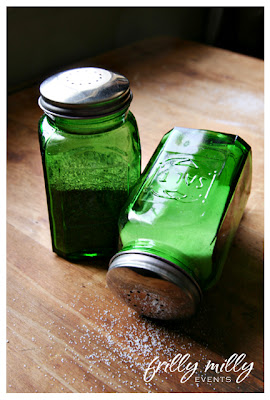 You know what I love about flea markets and antique stores?  The anticipation that regardless of what you see when you first walk in or how junky or fancy the place might look, you never know when you're going to find a hidden treasure.  Last weekend I visited Paducah, KY with a friend and am pretty sure I wore my shopping companions (and dog! :)) out by slowly walking through every single antique/junk store in downtown Paducah.  I was looking for a milk glass cake stand, but ended up walking away with just one purchase that day...this adorable set of salt & pepper shakers.  I love them for many reasons - first, because they're green (I'm a green fanatic :)), second because they're big & chunky, and most of all because they have the words embossed in the glass...the most important selling point (other than the 50% off $15 price tag :)).  I wouldn't say it's my all time favorite antique store find (that was an amazing hand-stitched quilt in pristine condition), but they certainly make me smile!

What are some of your favorite flea market/antique store finds?
Posted by Trish at 3:17 PM 3 comments: 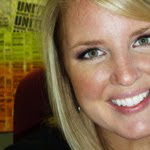